Total spending on schools in England is about £44 billion in 2019–20. This includes all day-to-day spending by schools and local authorities on pupils aged 5 to 16, spending on pupils with special educational needs and disabilities, the pupil premium and other smaller grants. Our recent annual report on education spending showed how spending per pupil grew substantially over the 2000s, before falling in real-terms since 2009–10.

Compared to other government departments, the schools budget has been relatively protected since 2009–10. Even so, in the decade between 2009–10 and 2019–20, spending per pupil fell by 8% after accounting for inflation. This represents the largest cut to spending per pupil since at least the 1970s.

In the 2019 Spending Round, the government committed to increase school spending by £4.3 billion (in today’s prices) by 2022, with the first part of the money delivered next year. This would near enough reverse the cuts to school spending per pupil seen over the last decade.

Still, even if this funding is delivered in full, it would leave spending per pupil about the same level in 2022 as it was 13 years earlier in 2009. This represents a substantial squeeze on school resources as compared with recent history. The previous lowest growth over a 13-year period was an 18% increase between 1987 and 2000. 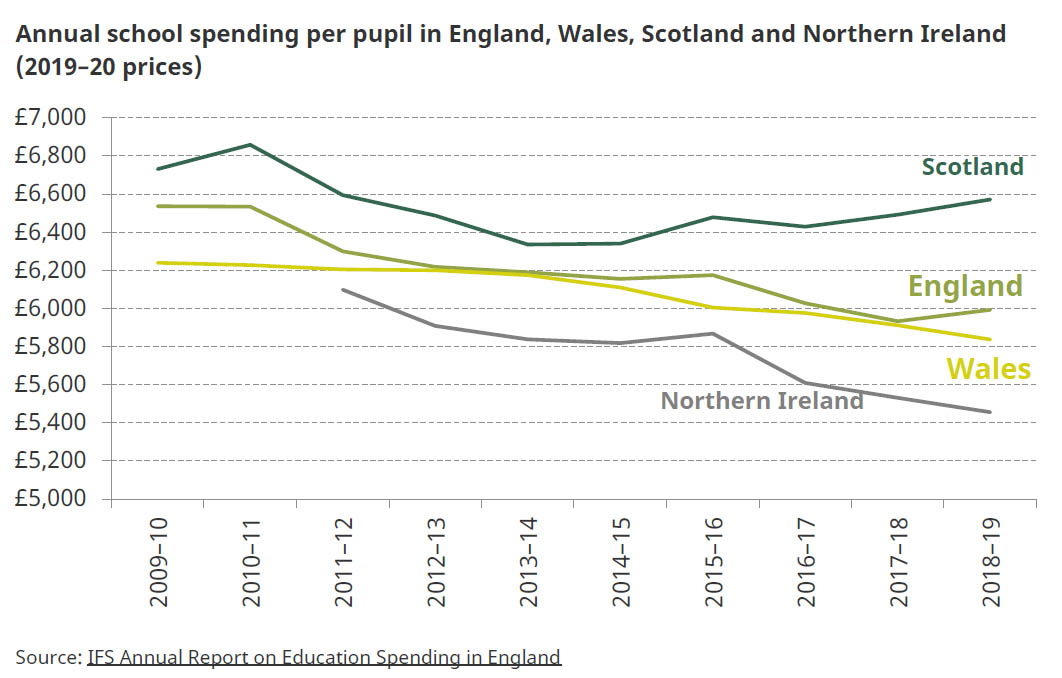 With today’s conservative manifesto, we now have a full picture of the main parties’ plans for school spending in England in #GE2019 @TheIFS pic.twitter.com/6FWdl6S1FT